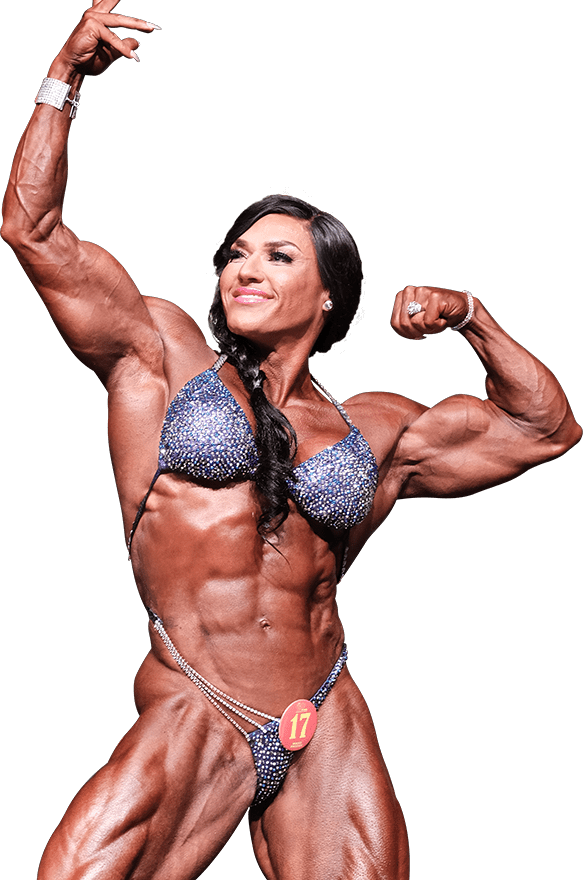 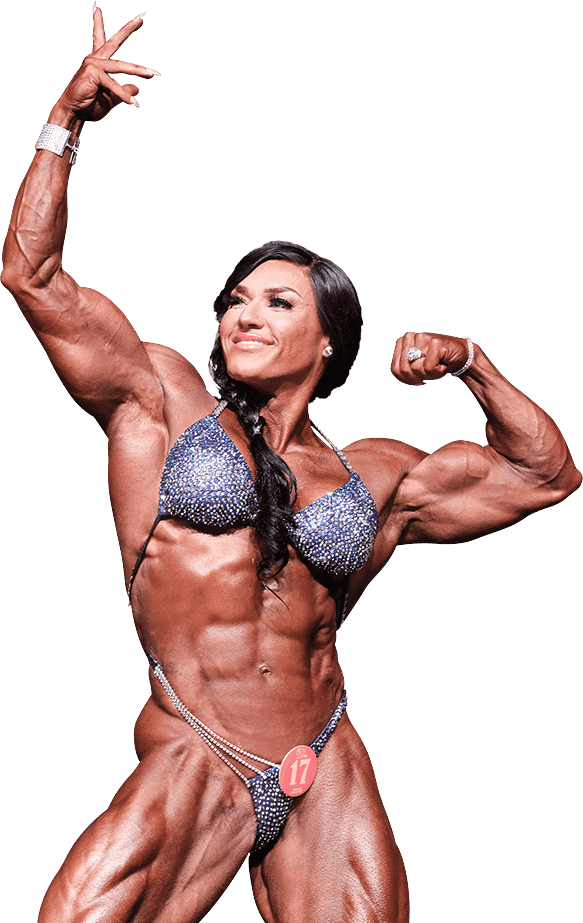 Bodybuilding
for Every Body

As a girl, Andrea Shaw was seriously into gymnastics and competitive cheer.  She says that being athletic benefitted her both physically and mentally.  She loved it! Her mother is a…

As a girl, Andrea Shaw was seriously into gymnastics and competitive cheer.  She says that being athletic benefitted her both physically and mentally.  She loved it! Her mother is a nurse and formerly a personal trainer, and she encouraged Andrea’s athletic ambitions.  In fact, it was her mother who first got her to start working out at Powerhouse Gym.  Her mom’s training partner was a female bodybuilder and she began giving Andrea guidance on muscle building exercises when she was 17 years old.   “I had no desire to be a bodybuilder back then,” recalls Andrea, “I wanted to be a fashion model, but at 5’5” I wasn’t tall enough.  As Andrea continued her training in the gym she recalled coming across a fitness magazine and stated, “I came across Oxygen Magazine and saw it was full of athletic fitness and sports models.  So then that became my ambition.”   But Andrea is one of those women whose body started to respond quickly to resistance training and once she started intense weight training, soon people were asking her if she competed in muscle contests and if not, why not.  She didn’t see herself as having enough size and development to compete with the female bodybuilders she saw in the magazines but she liked the look of the figure competitors.  So in 2008 she entered her first figure contest and placed third.  “My problems was,” she recalled, “I had more muscle mass than the division called for.”  She entered another and higher level figure event and placed 4th.  But she still didn’t feel she was on the right path.   Andrea took a pause of about 8 years from competing, during which time she attended college, earning a BA in exercise and sports science and she continued to refine her resistance training. Then she decided to resume competing, and Andrea decided to switch to physique, entering a show in May of 2016, placing 4th.  “I felt much more comfortable in physique,” she says, “and in 2018 I entered five shows, earning my pro card at the NPC Nationals.”   But Andrea soon found she was not only too developed for figure, but for physique as well.  She competed in pro physique at the Toronto Pro in 2019.  At that contest she had an awakening.  She spoke to one of the judges, to Lenda Murray and Alina Popa and they all told her she looked more like a bodybuilder than a physique competitor and she ought to consider changing divisions.   So she entered the 2019 Chicago Pro as a bodybuilder, placing second by 1 point to the incredible Aleesha Young.  She knew she had obviously made the right decision.   Andrea says being a bodybuilder has been a tremendous relief.  She no longer had to hold back and restrain her muscular development.  She could diet for maximum hardness and definition without fear of going “too far” for the judges.  Finally, she felt she was where she belonged. “My legs, in particular, were just too big,” she says, “I tried over time to make them smaller, but nothing worked.  Getting into bodybuilding allowed me to create a better balance by further developing my upper body rather than reducing my legs.”   “I was particularly happy to be in bodybuilding because of Jake Wood and Wings of Strength.  Until the involvement of WOS bodybuilding there seemed to be no future in pro female bodybuilding.  No place to compete and nowhere to go, but thankfully Jake has changed all of that.”     COMPETITION HISTORY   March 2008 -  Karen Zaremba Classic - placed 3rd in Open Figure July 2008 - Michigan Natural Championships - placed 4th in Open Figure May 2016 - John Simmons Championships - placed 4th in Open Women’s Physique March 2018 - Ohio Natural Championship - placed 2nd in Open Women’s Physique May 2018 - John Simmons Championship - placed 1st & Overall in Open Women’s Physique August 2018 -  Lenda Murray Detroit Classic - placed 1st & Overall in Open Women’s Physique August 2018 -  North Americans - placed 3rd in Open Women’s Physique November 2018 - Nationals- placed 2nd in Women’s Physique June 2019 - Toronto Pro - placed 11th in Women’s Physique July 2019 - Chicago Pro- placed 2nd in Women’s Bodybuilding September 2019 - Rising Phoenix World Championship - placed 7th in Women’s Bodybuilding     CONTACT INFO: Inastagram: Mzprettymuscle