Figures in the Landscape

BILL DOBBINS: FIGURES IN THE LANDSCAPE

Larger-than-life female bodybuilders in the natural beauty of the Southwest.

I’m based in Los Angeles, which means that a great deal of the fantastic scenery of the American Southwest is accessible and available for photography.

As a long time fan of photographer Ansel Adams, who shot iconic photos in the deserts and mountains in western landscapes, it always seemed to me that the exciting and dramatic physiques I was shooting would look great against the equally dramatic and exciting southwestern backdrops.

So many years ago I began a series of photos I called “Figures in the Landscape,” shooting everywhere from an Indian reservation in New Mexico, to Death Valley, Joshua Tree National Monument, and Red Rock Canyon outside of Las Vegas to Malibu, CA. Even amid the lava rocks on Hawaii beaches. 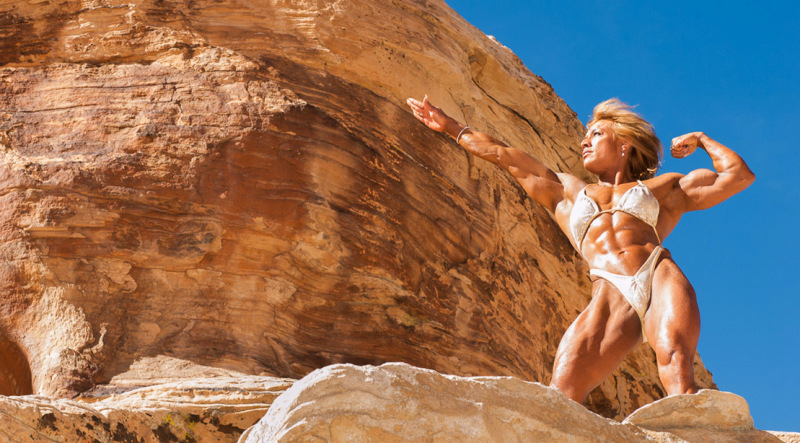 An assistant of mine once told me what she liked about these photos is they were excellent at capturing the physiques, but if the bodies weren’t there they would be excellent landscape photos on their own. That has always been my intention. I dislike the location photos I see where the model is posed against a dirt or rock wall with no sense of the surrounding landscape. So I try to avoid that kind of composition. 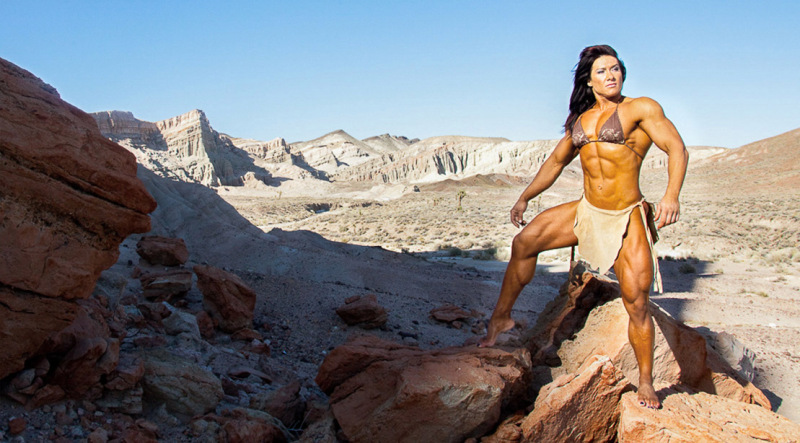 Ansel Adams did his legendary photos in black and white, because the technology for shooting and reproducing color photography was not very advanced back in his era. Nowadays, especially with digital imaging, it’s possible to achieve nuanced and subtle color effects unheard of in the past.

But I also have the great advantage that I am photographing female bodies that have never existed before. These figures I photograph in the landscape are a kind of landscape themselves. Look at them closely and you see the equivalent of hills and valleys and canyons. They are topographically intricate and complex. 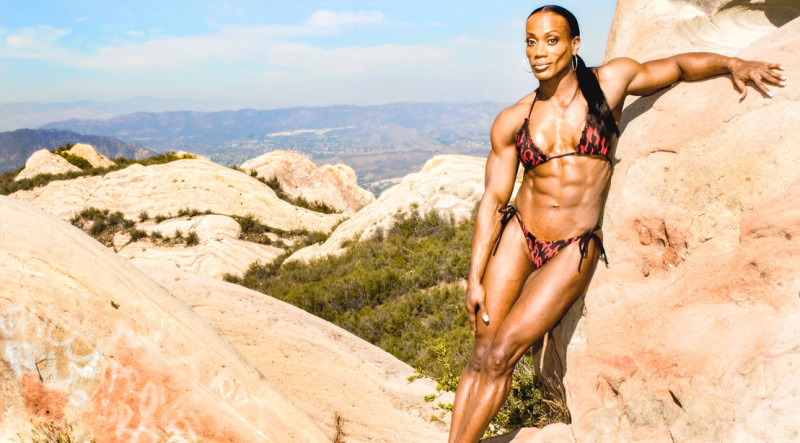 One thing about highly-developed, aesthetic muscular physiques is that they’re larger than life, and can look out of place in conventional settings. I remember seeing photos of the bodybuilders from the Steve Reeves era and how strange they looked wearing wide-lapel, double-breasted suits.

I have walked into clubs and parties in the company of women like Lenda Murray and the late Shelley Beattie, with the women dressed in their party best, and watched how they were received with amazed stares. Often, context is everything. This is why I have always enjoyed photographing these bodies outdoors against grand, sweeping and larger-than-life landscapes.